First women to have “three person babies” are selected in UK by doctors in Newcastle. The mitochondrial transfer technique is considered by scientists to be the key method of reducing the number of children that are born each year with faults in their mitochondrial DNA which can cause serious diseases.

These kinds of diseases usually strike in childhood and from that point they get worse. The parts of the body that are mostly affected are the brain, the muscles, the heart and the liver. Conditions connected to unhealthy mitochondrial DNA include Leigh’s disease, progressive infantile poliodystrophy and Barth syndrome, as well as more common medical problems like Parkinson’s, diabetes, deafness, epilepsy and failing eyesight. 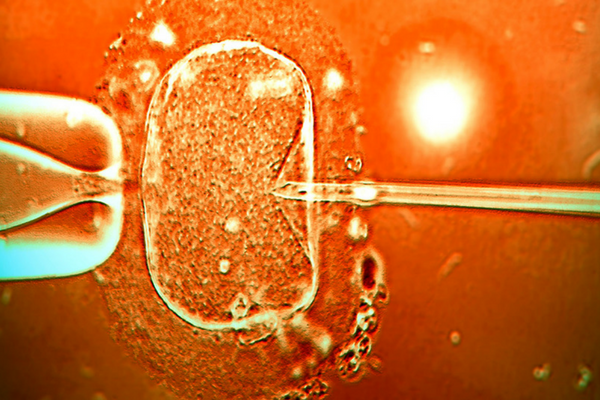 The women will be the first in the UK to undertake the so-called mitochondrial donation therapy, which is a radical IVF procedure that was voted legal in 2015 by the British parliament. The Newcastle Fertility Centre was granted a licence to perform the treatment one year ago and even though doctors could not talk about the cases, after the HFEA’s approval, they revealed that the two women carry mutations in a gene that causes myoclonic epilepsy with ragged red fibres, or Merrf syndrome. Merrf syndrome is a neurodegenerative disorder that worsens over time and the results can often be fatal. It affects one in 100,000 people and is diagnosed in early childhood or adolescence when people develop sudden spasms that cause loss of muscle control, weakness, deafness and dementia.

After reviewing the women’s medical and family histories, the committee concluded that if they conceive, their children may be affected by “serious multi-systemic and progressive disease”.

Medical tests showed that none of the women could proceed to a pre-implantation genetic diagnosis (PGD), which is an IVF procedure that can pick up harmful mutations in IVF embryos, but can only be helpful if a few embryos are healthy.

Moreover, even though both men and women have mitochondria, they can be passed only from mother to child. The first women who will be treated in Newcastle carry mutations in the extra DNA in their mitochondria, which are the tiny battery-like structures that surround the cell nucleus in their thousands.

Salvatore DiMauro, an expert in mitochondrial disease at Columbia University has said that he was glad to hear that the procedure to help the women will finally start by the neurologist Doug Turnbull. “It’s good to do this. Merrf is a crippling disease. It’s the only way to be sure it is not passed on,“ he noted. The mitochondrial donation therapy will prevent harmful DNA mutations passed on by women to their children.

To perform the procedure, doctors create a fertilized egg using IVF, but rather than letting it develop into an embryo, the parents’ chromosomes are removed and placed inside a donor egg that has had its own genetic material removed. The mother’s damaged mitochondria are replaced with the donor’s healthy ones but the embryo has all of the parents’ chromosomes.

An HFEA spokesperson said: “Our statutory approvals committee has considered applications from the Newcastle Fertility Centre at Life, part of Newcastle upon Tyne Hospitals NHS Foundation Trust, for the use of mitochondrial donation in treatment for two patients, both of which have been approved.”

One out of 3.500 children are born with cystic fibrosis

Nursery brings a feeling of ‘being reborn’ at care home