In a new study, it was found that mice on Earth successfully gave birth to healthy pups after being fertilized with sperm that had been freeze-dried for nearly a year on international station.

Japanese researchers sent freeze-dried sperm to space to understand the long-term effects of micro-gravity and radiation exposure on mammalian reproduction and development.

The mouse sperm was exposed to cosmic radiation on the ISS for nearly 300 days and has been used to produce healthy offspring back on Earth. Once the sperm arrived on space, the samples were stored at about minus 95 degrees Celsius. For 288 days, from August 2013 to May 2014, they were exposed to the micro-gravity environment on the ISS, fertilized in vitro and then transferred into female mice, produced healthy offspring.

Scientists suggest that the success of this procedure can raise prospect of future human reproduction, something that is potentially good news if, one day, animals and people will have to reproduce off-world. 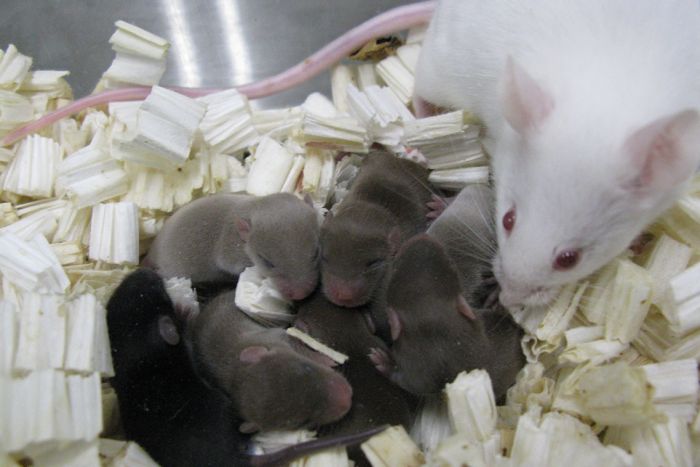 Apart from the good prospect of this new study, it also raises concern since the average daily radiation dose on the ISS is about 100 times stronger than that on Earth. This means that a threat of serious reproductive problems for any space-dwelling organism should be considered, because astronauts can face an intense radiation environment.

Sex in space, however, is a Newtonian physics problem that may or may not have already been solved. The mysterious part is that people and animals in space are exposed to both reduced gravity and high-energy cosmic particles that can damage genetic material. The way in which the reproductive machinery that turns sperm and eggs into organisms deals with those conditions is also a mystery, says Kris Lehnhardt, a physician at George Washington University who specializes in emergency and extreme environment medicine.

“We really don’t know any of the things that we need to know to say that human reproduction in space is going to be successful or safe,” he says. “It’s not been studied in much detail.”

Because of the fact that cosmic radiation on the ISS is about 100 times greater than that on Earth, DNA damage in somatic and gamete cells is increased. Once returned to Earth, the mouse sperm were compared with the control samples and assessed for damage; this included analysing their morphology, DNA, their ability to be used in fertilization techniques, the in vitro development of subsequent embryos produced, and the normality of their offspring.

The findings showed that even though there was little difference in the morphology of the space sperm, compared to the control sperm, the sperm was able to recover a bit after in vitro fertilization, proving that the birth rates were similar using space and control sperm.

Lead author Professor Teruhiko Wakayama, from the Riken Centre for Developmental Biology in Japan, said the study’s main aim was to examine the possibility of breeding animals for food through artificial insemination in space.

“If humans are eventually able to live in space for a long time, then they will want to eat beef steak,” he said, adding their study was the first step in determining if this would be possible.

When asked about the sex ratio of space pups, he said that it was within the normal range — 53 per cent male, 47 per cent female and as far as the protection of the sperm sampled is concerned, he added that researchers would need to develop methods against space radiation and suggested the Moon could be the perfect storage site.

The science experiment of trying to have a baby