Old and young people are cared for together at a pioneering venture which will bring two generations together in south London. A new playground was added at the Nightingale care bringing new neighbors to the elderly residents of the campus of the Jewish care home.

Residents will visit the nursery and the children will interact with the care home in a programme of activities with benefits for the older people’s physical and mental health.

The new care home is the first intergenerational care facility in the UK where you can hear the children before you can see them. 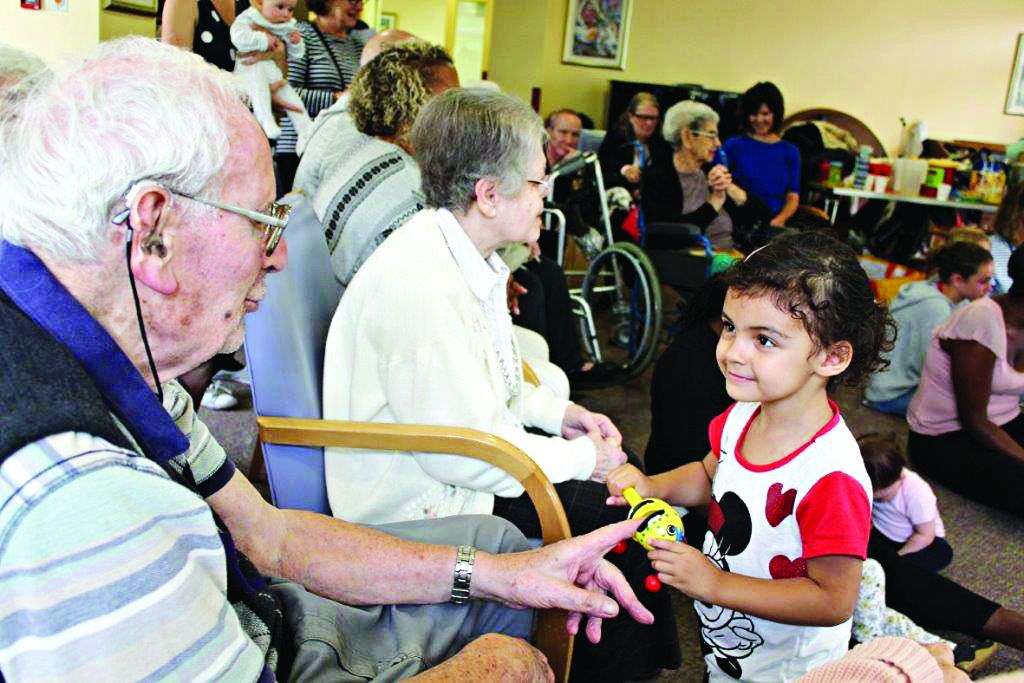 “Isn’t it fantastic? It’s the highlight of my week,” says 89-year-old Fay Garcia, while bouncing baby Sasha on her knee. “It’s like being reborn.”

Garcia never had children but is one of the regulars at the baby and toddler group.

The Apples and Honey Nightingale nursery, run by founder Judith Ish-Horowicz, is the first of its kind in the UK. The concept of intergenerational care began in 1976 when a nursery school and a care home were combined in Tokyo. Since then, there have been successful schemes across Europe, Australia and the US.

Judith Ish-Horowicz, the principal of Apples and Honey nursery, which she set up in Wimbledon 26 years ago, told Nursery World, ‘It’s been my dream for a long time. Various circumstances got in the way, but I thought now is the time.’

‘I’m so excited to get it going. Nightingale Hammerson could not have been more helpful and supportive,’ Ms Ish-Horowicz said.

The original Apples and Honey is sessional and term-time-only. The second nursery will offer full daycare for children aged two to five, but this may be extended to one-year-olds. It will open 50 weeks a year, and will offer the 30 hours from September. It will be open 7.30am to 6.30pm, except on Fridays when the nursery will close at 2pm to observe Shabbat.

“Everyone I’ve spoken to loves the idea,” says Ish-Horowicz. The Ofsted registration process went smoothly, although there were issues finding insurance: “We had to explain to them that we weren’t going to leave the children in the care of the residents (or the other way around), and they didn’t all need to be DBS checked,” she says.

Ish-Horowicz’s proposal came when the home was reassessing its own approach to care, says Simon Pedzisi, director of care services at Nightingale House, who had consulted students of medicine, occupational therapy and nursing for new ideas.

“Our average age on admission is 90, so we have to think in an innovative way about activities,” says Pedzisi. “[Care] has to be more meaningful, deeper and measurable. It’s about social interaction because that’s what older people really [need].”

The residents and children will also eat snacks and meals together. ‘We will have the EYFS curriculum, but so many of those activities are inclusive,’ Ms Ish-Horowicz said.